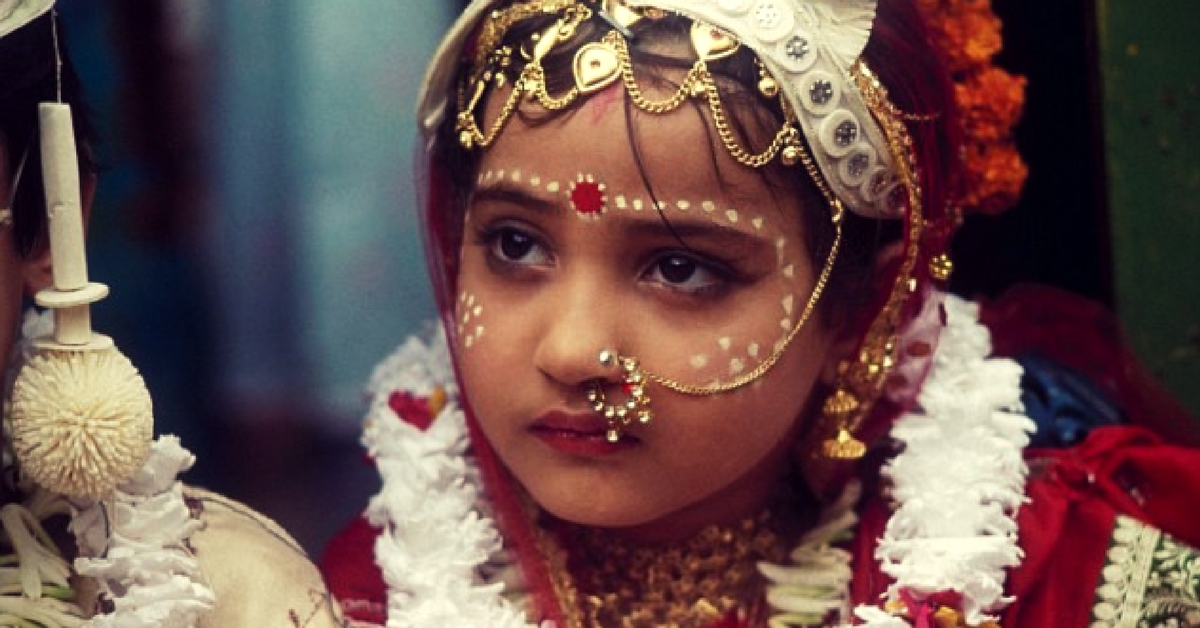 Kailash Satyarthi Children’s Foundation (KSCF) founded by Nobel Peace Laureate Kailash Satyarthi is the most trusted NGO in India that works to prevent child marriage. KSCF’s child marriage NGO has been working for the last 40 years to protect the childhood of innocent and vulnerable children across the country.

Building on Mr. Satyarthi’s path-breaking work to end child marriage in India. KSCF works in partnership with multi-stakeholders both at the grassroots and global level, with governments, businesses, civil society, communities, and children.

Donate to stop child marriage & see the happy childhood they deserve. Your small contribution will make a big difference in their lives!

Our Mission & Our Schemes

Kailash Satyarthi Foundation has been providing solutions to end child marriage and disseminates best practices relating to child protection and rights. We at KSCF believe Freedom is non-negotiable. We’ve pledged to eradicate child trafficking, child labor and child marriage right at its source along with addressing other cross-cutting issues of education, child sexual abuse, water, sanitation, hygiene and livelihood.

BMG (The Bal Mitra Gram™ (BMG™) Child-Friendly Village - working towards preventing child exploitation in rural villages. Taking preventive and holistic measures to protect them from child marriage in rural India. It aims at creating an environment where every child is safe, free, healthy,and educated.

What is Bal Mitra Mandal (BMM)?

Bal Mitra Mandal (BMM) Child-friendly urban slums. A program that aspires to eradicate child marriage from urban slums in India. It strives to create a world where every child is empowered and protected from all the evils. 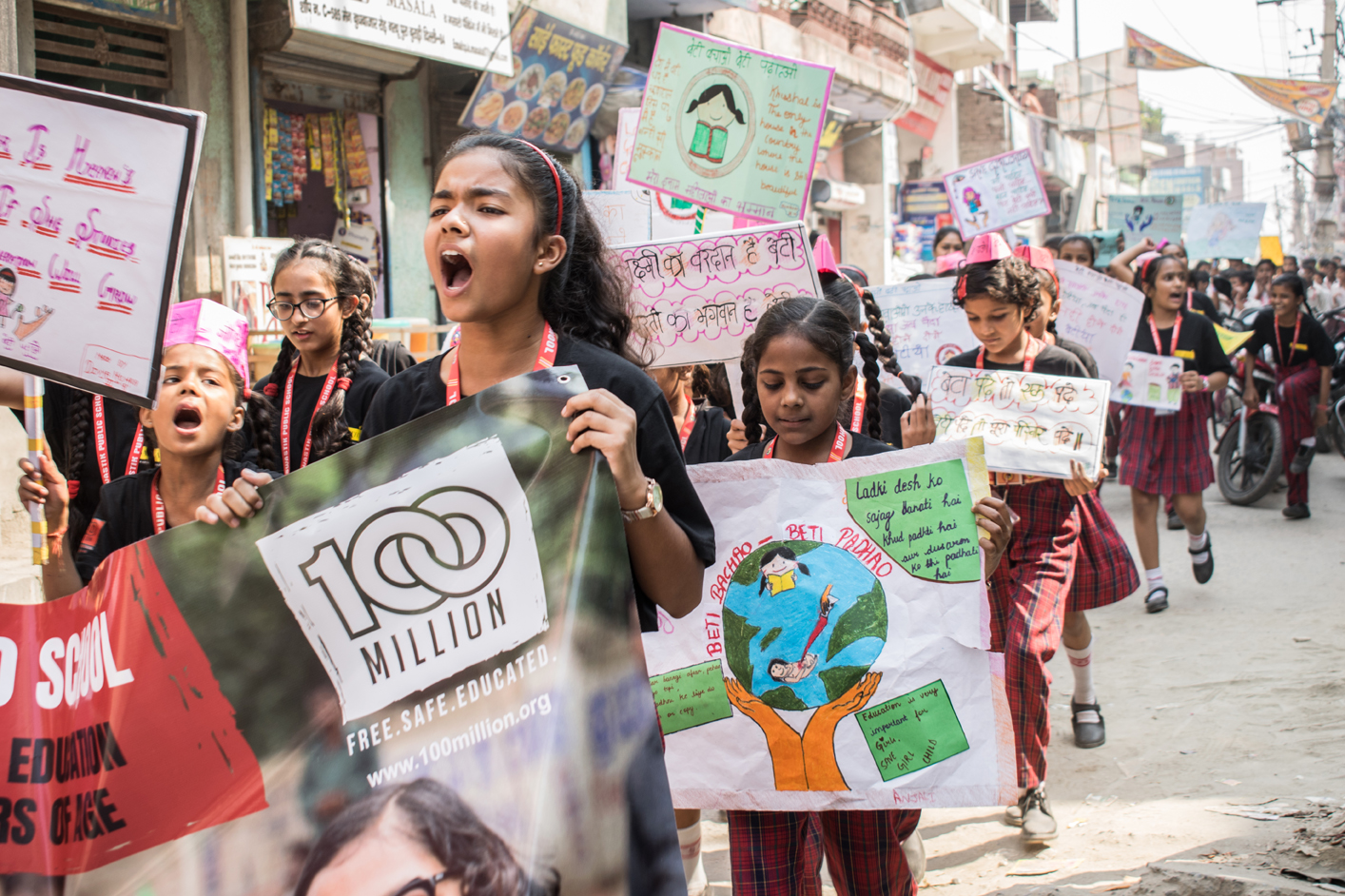 Why You should donate for Child Marriages to KSCF?

1. What is child marriage?

Child marriage refers to any formal marriage or informal union between a child under the age of 18 and an adult or another child.

2. What are the causes and effects of child marriage?

Child marriage is often the result of entrenched gender inequality, making girls disproportionately affected by the practice. Child marriage is also the result of the interplay of economic and social forces. Poverty, insecurity, social norms, low value accorded to girls, lack of access to education and patriarchal systems are some of the main causes of child marriage.

Child marriage violates children’s rights and places them at high risk of violence, exploitation, and abuse. India has the largest number of child brides in the world – one-third of the global total.

Child marriage also negatively affects the Indian economy and leads to an intergenerational cycle of poverty. Girls and boys married as children more likely lack the skills, knowledge and job prospects needed to lift their families out of poverty and contribute to their country’s social and economic growth. Child brides are more likely to become pregnant before they physically mature to bear children, increasing risks of both maternal and newborn deaths and morbidity. Children who are married off are also vulnerable to sexually transmitted infections (STIs), including HIV.

3. What is the difference between child marriage and forced marriage?

Child Forced Marriage threatens the lives and futures of girls and women around the world, robbing them of their right to make decisions about their lives, disrupting their education, making them more vulnerable to violence, discrimination and abuse and preventing their full participation in economic, political and social aspects and encouraging early pregnancies.

4. How many child marriages occur in India?

India is home to the largest number of child brides in the world, accounting for one-third of child marriages globally. Nearly 1 in 4 girls were married by the age of 18 years in India (27 per cent), accounting for at least 1.5 million girls each year, according to the fourth National Family Health Survey (NFHS-4) in 2015-16.

5. Which are the most affected states in India where child marriage happens?

Over half of Indian child brides live in six states: Uttar Pradesh, Bihar, West Bengal, Maharashtra, Madhya Pradesh and Rajasthan. Uttar Pradesh is home to the largest population of child brides adding up to 36 million.

Early pregnancy is one of the most dangerous consequences of this harmful practice. Girls married early are more likely to experience violence, abuse and forced sexual relations due to unequal power relations.

Across the world, girls as young as 12 are being forced or tricked into marrying men who exploit them for sex, child domestic labour, which can also be considered as an “under-reported”, global form of human trafficking.

7. What are the laws against child marriage in India?

8. What is Kailash Satyarthi Children’s Foundation intervention in stopping child marriages in India?

An innovative and transformative grassroots solution to prevent child exploitation, the Bal Mitra Gram (BMG™) model, which empowers children to take democratic actions to protect their rights, and enables parents and other stakeholders to stand up for the rights of children and build a protective community, is working on the ground through its child leaders to report and prevent child marriages in some of the most high risk areas of the country. A BMG™ thus creates a safety net around children to promote education and prevent child marriage, child trafficking, child labour and child sexual abuse.

9. How you can contribute to stopping child marriage?

Give children the happy childhoods they deserve

Being India’s Best NGO working against child marriages in India we believe that every Indian citizen is an important stakeholder of the Justice For Every Child campaign. Your donation will enable the creation of an accountable and sustainable child protection ecosystem to keep our children safe.