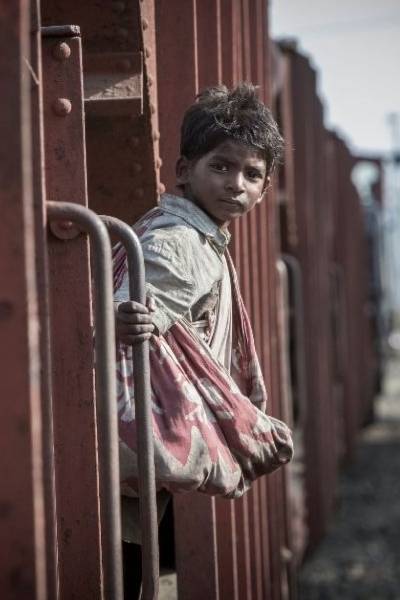 1. What is child trafficking?

Child trafficking is defined as the “recruitment, transportation, transfer, harbouring or receipt” of a child for purpose of exploitation.

2. Who are the victims of child trafficking in India?

Globally, one in every three victims of human trafficking detected is a child, but in low income countries, children account for half of the victims detected, most of them trafficked for forced labour. Both girls and boys are vulnerable to being trafficked. However, girls are disproportionally targeted and made to deal with life-long effects of gender inequality and gender-based violence.

3. For what purpose do children get trafficked?

Children are often trafficked for commercial sexual exploitation or for labour – such as domestic servitude, agricultural work, factory work and mining, or they are forced to fight in conflicts. The most vulnerable children, particularly refugees and migrants, are often preyed upon and their hopes of education, a better job or a better life in a new country are used as baits. Child trafficking in India also takes form when children are forcefully engaged in begging rackets and other such activities.

4. What are the causes of child trafficking in India and its consequences?

Poverty is one of the main causes of child trafficking. Economically disadvantaged families sometimes have no choice but to abandon or ‘sell’ their children, leaving them in the hands of traffickers. Child trafficking in India is particularly prominent in areas struck by natural disasters. Illiteracy and lack of education make families more vulnerable to traffickers. Some of the most threatened also include children whose births were never registered. Many a times, early marriage of children is also carried out as a camouflage for child trafficking.

Trafficked children experience many types of abuse and neglect. Traffickers use physical, sexual and emotional abuse as a form of control. Children and young people are also likely to be physically and emotionally neglected and may be sexually exploited. Children may feel distressed and alienated if they’ve been separated from their families, friends, communities and cultures. They have virtually no access to education or opportunity for social and emotional development.

5. How many children are trafficked in India?

Thousands of women and children are trafficked every day. Within the overall profile of trafficking in South Asia, India is a country of both transit and destination. There is a considerable degree of internal trafficking as well as some trafficking from India to Gulf States and to South East Asia. Sale of children and their movement across the state borders takes place within the country too.

According to the National Crime Records Bureau (NCRB), there were about 2,200 cases of child trafficking in 2019, of which 95 per cent accounted for internal trafficking. As per official figures, 6,616 victims were reported to have been trafficked, including 2,914 children. However, activists say that the actual figure could be much higher as many victims do not register cases with the police, largely because they do not know the law or fear traffickers.

According to a report by the National Human Rights Commission, 40,000 children are abducted each year in India, leaving 11,000 untraced. NGO’s estimate that between 12,000 and 50,000 women and children are trafficked into the country annually from neighbouring nations as a part of a thriving sex trade. Now KSCF is working against child trafficking in India and worldwide people are supporting us.

6. How is the issue of missing children linked with child trafficking?

Every eight minutes, a child goes missing in India. Millions of missing children may have been trafficked, who end up in forced labour, slavery and sex work.

7. Which states in India are trafficking prone?

8. What are the laws against child trafficking in India?

Indian laws do not have a legal definition of child trafficking. The Immoral traffic (Prevention) Child Trafficking Act deals only with trafficking of minors for prostitution. However, other laws are present which can assist in taking action against child trafficking including the Juvenile Justice Act 2000, Andhra Pradesh Devadasi’s (Prohibition of Dedication) Act, 1988, Bombay Prevention of Begging Act etc.

Stepping up its fight against the scourge of human trafficking, Kailash Satyarthi Children’s Foundation is advocating for the urgent passage of the Trafficking in Persons (Prevention, Care and Rehabilitation) Bill, 2021, which is a comprehensive law on trafficking in India.

The Immoral Traffic (Prevention) Act, 1956 (ITPA) is the premier legislation for prevention of trafficking for commercial sexual exploitation.

Criminal Law (amendment) Act 2013 has come into force wherein Section 370 of the Indian Penal Code has been substituted with Section 370 and 370A IPC which provides for comprehensive measures to counter the menace of human trafficking including trafficking of children for exploitation in any form including physical exploitation or any form of sexual exploitation, slavery, servitude or forced removal of organs.

Protection of Children from Sexual offences (POCSO) Act, 2012, which has come into effect from November 14, 2012, is a special law to protect children from sexual abuse and exploitation. It provides precise definitions for different forms of sexual abuse, including penetrative and non-penetrative sexual assault, sexual harassment.

There are other specific legislations enacted relating to trafficking in women and children Prohibition of Child Marriage Act, 2006, Bonded Labour System (Abolition) Act, 1976, Child Labour (Prohibition and Regulation) Act, 1986, Transplantation of Human Organs Act, 1994, apart from specific Sections in the IPC, e.g. Sections 372 and 373 dealing with selling and buying of girls for the purpose of prostitution.

State Governments have also enacted specific legislations to deal with the issue. (e.g. The Punjab Prevention of Human Smuggling Act, 2012)

Mukti Caravan or the Campaign on Wheels is the flagship campaign to combat violation of child rights with special focus on child trafficking and child labour by creating awareness among the citizens on these issues.

Led by youth who have been withdrawn from child labour by tireless efforts of Nobel Peace Laureate Kailash Satyarthi, the Mukti Caravan moves across the country, spreading awareness about the organised crime of child trafficking and other forms of exploitation of children through interactions, nukkad nataks or street corner plays, wall writings, pamphlet distribution and screening of audio-visual materials.

KSCF’s Bal Mitra Gram (BMG) is an innovative and transformative grassroots solution to prevent child trafficking and exploitation. It empowers children to take democratic actions to protect their rights and enables parents and other stakeholders to stand up for the rights of children and build a protective community.

KSCF also releases ground based evidences, researches and reports and uses the same for advocacy with the Government and Parliamentarians at national and local level for creation of robust laws and policies on trafficking and ensuring their effective implementation.

10. How can I stop child trafficking in India?