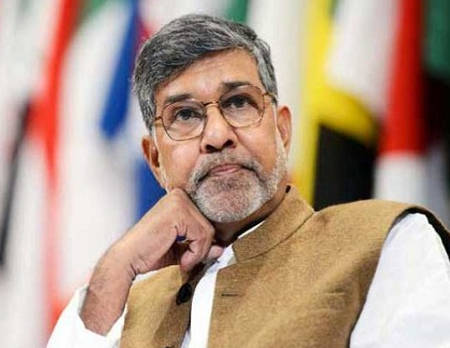 Nobel Peace Laureate Mr. Kailash Satyarthi is one of the tallest leaders and the loudest voice in the global fight against exploitation of children. Despite facing multiple obstacles including numerous life threatening attacks, he has fearlessly moved forward in his struggle to ensure every child is safe, healthy and educated. He has personally rescued tens of thousands of children from the scourge of slavery. Mr Satyarthi’s fearless and unrelenting policy advocacy efforts towards elimination of violence against children have resulted in path-breaking legislations globally. His relentless efforts to protect every child as his own led to him being awarded the Nobel Peace Prize. In 2014, Kailash Satyarthi became the 8th Indian to win Nobel Prize and he continues fighting for child rights and protection with the same passion as he believes – “The Nobel Peace Prize is just a comma, not a full stop.”

Where it all began? 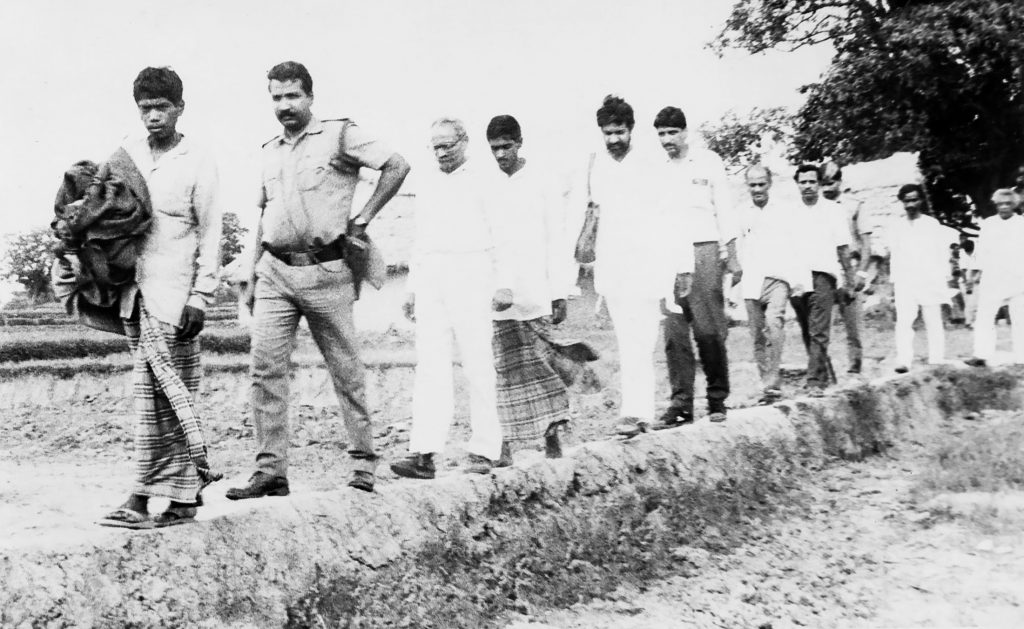 Growing up in Vidisha, Madhya Pradesh, young Kailash couldn’t quite understand why the cobbler’s son living next to his home spent time working and did not attend school. Persistent questioning led him to an answer; children in poverty were not meant for education, they were born to work. While this answer shook him to the core, it marked the beginning of his resolve to protect and defend the rights of children while ensuring that they are treated with dignity, respect and compassion.

Mr. Satyarthi grew up to be an engineer but he decided to give up on his lucrative career and launched ‘Sangharsh Jaari Rahega’ a magazine that discussed social issues and topics that were considered to be taboo. It was during this time, he was approached by Wasal Khan, a bonded labourer in a brick kiln of Punjab, with the plea to rescue his daughter from being sold in a brothel by his employer. It took many attempts and help from all quarters to free Wasal, his daughter and other bonded labourers. This initial struggle turned into a lifelong resolve when he embarked on his journey to end all forms of child exploitation.

In 1980, he launched Bachpan Bachao Andolan (Save the Childhood Movement) to rescue children and their families from the shackles of slavery paving way for their reintegration into mainstream society with the help of state actors under the legal policy framework of India.

Through his sustained policy advocacy efforts in India he played a pivotal role in mobilizing support ensuring the passage of the Child Labour Act in the year 1986. Today, under the aegis of Mr. Satyarthi, Bachpan Bachao Andolan has rescued over 90,000 children from trafficking and exploitative labour over the last four decades in India. 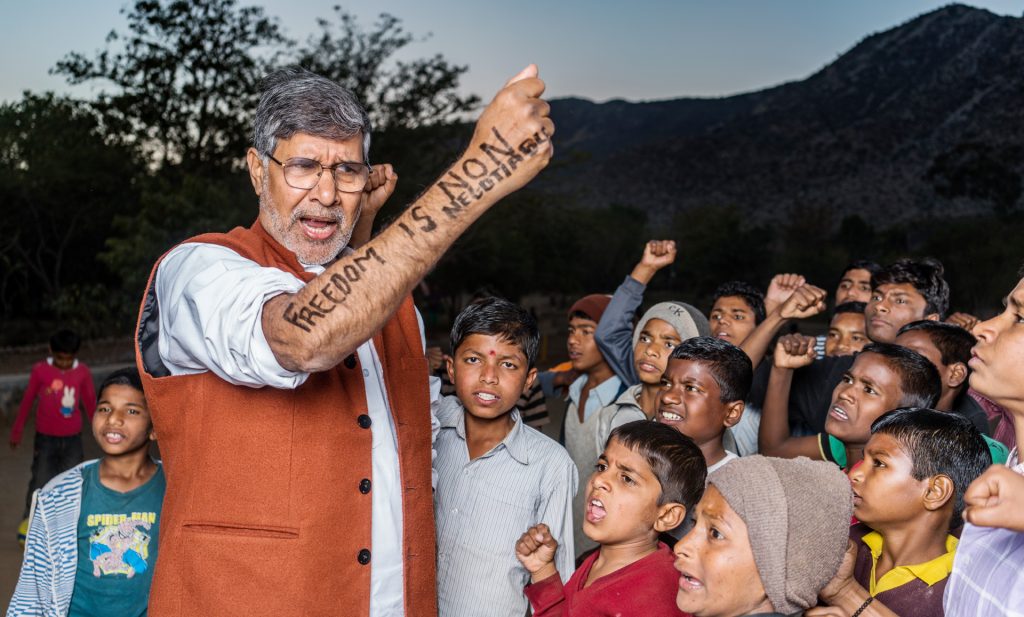 Through Mr. Satyarthi’s efforts, children were increasingly being rescued from exploitation, however, their rehabilitation emerged to be a major issue. To address this, he established India’s first short-term transit rehabilitation centre for rescued children in Delhi, ‘Mukti Ashram’, in 1991. 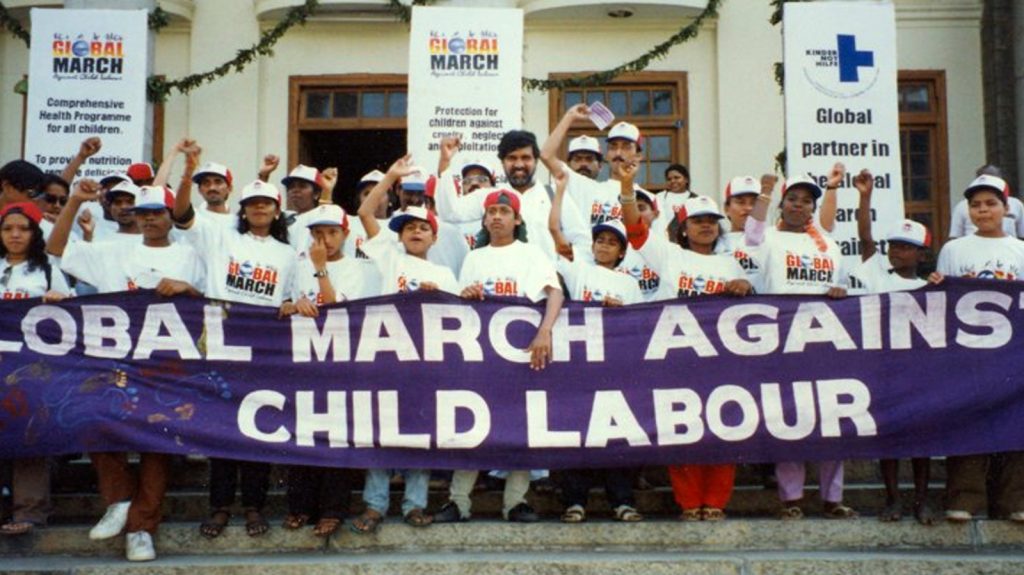 Inclusion of child exploitation to global socio-political agenda was led by Mr. Kailash Satyarthi. To achieve this goal, he conceived and led one of the largest civil society movements Global March against Child Labour in 1998.

Traversing across 103 countries covering 80,000 kms, the movement demanded an International Law on Worst Forms of Child Labour. As a result, International Labour Organization (ILO) adopted Convention No. 182 on worst forms of child labour which was formally passed in 1999 and went on to become the fastest ratified convention in ILO’s history.

Mr. Satyarthi is credited for the first ever civil society – business coalition by establishing Good Weave (formerly known as Rugmark) in 1994, which was the first of its kind certification and social labelling mechanism for child labour free carpets in South Asia. 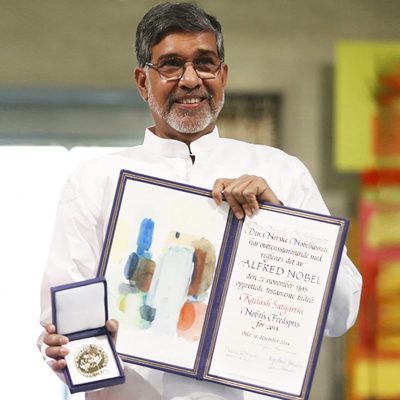 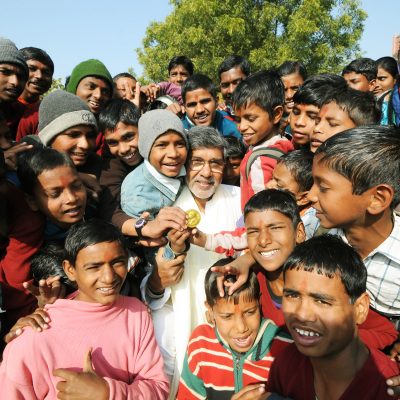 Mr Satyarthi is the architect of the Global Campaign for Education (GCE), a civil society movement working to end the global education crisis and ensuring that states deliver the right to a free and quality public education for every child.

He successfully spearheaded a countrywide movement to make education a Constitutional Provision which subsequently paved way for the Right To Education (RTE) in 2009 in India.

Since then he has been instrumental in promoting CSR initiatives in garment, mica mining, cocoa farming, sporting goods sector among others.

In 2014, Kailash Satyarthi was awarded the Nobel Peace Prize for his endeavour to “struggle against the suppression of children and young people, and for their right to education.” Kailash Satyarthi Nobel Prize furthermore led him to the formation of other global initiatives.

Mr. Satyarthi’s sustained efforts to end child slavery, trafficking, forced labour and violence received international support when he succeeded in getting child protection and welfare- related clauses included in the Sustainable Development Goals (SDGs) of the United Nations back in September 2015.

He is the Founder of Parliamentarians without Borders – a movement that unites legislators across the globe in an endeavour to end violence against children. Mr. Satyarthi also addressed the General Assembly of Inter Parliamentary Union (the global body constituting all parliaments) soliciting support of law makers for child friendly policies.

In 2016, he engineered the first ever moral platform – Laureates and Leaders Summit for Children, which happens to be the strongest podium to raise a voice for causes related to children across the globe. This initiative has brought together several Nobel Laureates and Leaders from the world over to build a sense of urgency and build collective responsibility. It has helped to galvanise political will for ensuring the rights and safety of the world’s children and young people, to end violence against them and to create amenable futures for them to thrive. The first Summit was held in New Delhi at the Rashtrapati Bhawan (President’s House) while the second edition was organised at Jordan two years later.

Mr. Kailash Satyarthi envisions a world where the Youth realizes their potential as agents of positive social transformation. With this in mind, he launched a global initiative, the 100 Million for 100 Million Campaign in December 2016, aimed at mobilizing 100 million youth to shape a better future for 100 million children who had been denied their rights and liberties.

Mr. Satyarthi has demanded a new legally binding UN convention against online child sexual abuse and pornography. Several Nobel Laureates, Heads of States and International Bodies like OECD and Global Leaders including Chancellor Angela Merkel, President of Panama, Her Highness Sheikha Moza of Qatar, His Serene Highness Prince Albert II of Monaco among others have extended support for the cause. His Holiness Pope Francis has also strongly supported the endeavour. 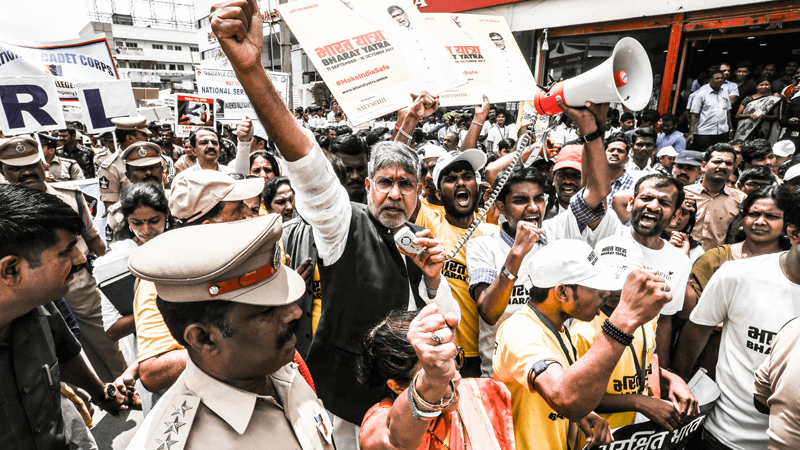 In 2017, he raised a clarion call against child sexual abuse by leading a 12,000 km-long Bharat Yatra (from Kashmir to Kanyakumari) taking along with him survivors of child abuse, civil society organizations, politicians across party lines, bureaucrats, celebrities and faith leaders to put the national spotlight on this pressing issue. 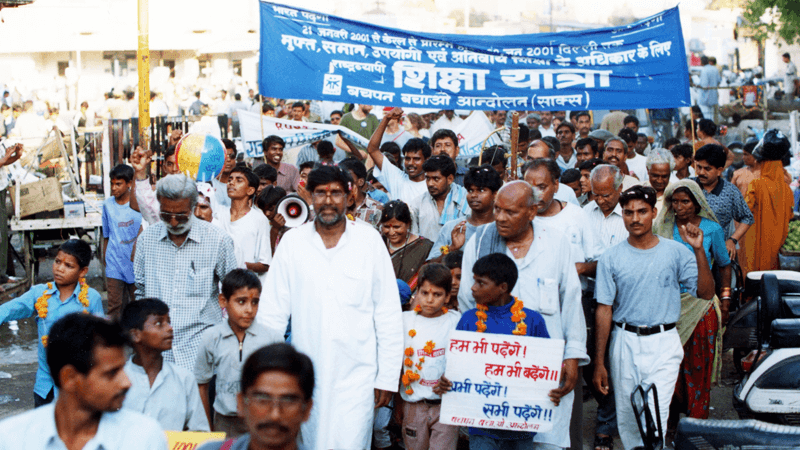 In the wake of the brutal gangrape and murder of a 23-year-old paramedic student in Delhi in December 2012, Mr. Satyarthi played a pivotal role in steering the Indian Civil Society with a conspicuous demand for amendments in the Indian Criminal Law to counter Rape and Gender Based Violence that eventually led to the promulgation of the Criminal Law (Amendment) Act, 2013. The Nobel Laureate Kailash Satyarthi’s unrelenting efforts to synchronize the Indian Child Labour Act with the Right to Education Act and other International Conventions and Treaties that India is signatory to, led to the promulgation of the New Child Labour Law in 2016. On several occasions Bachpan Bachao Andolan under the auspices of Mr. Satyarthi has been able to secure landmark judgments from various High Courts and Supreme Court of India related to Missing Children, Definition of Trafficking, Establishment of Anti Human Trafficking Units, Registration and Regulation of Placement Agencies, Recovery of Back Wages and Ensuring Compensation for survivors of modern slavery among others. He founded Kailash Satyarthi Children’s Foundation in 2004 to achieve his vision of a world free of violence against children – where all children are free, safe, healthy and educated. The Foundation advocates for creation and implementation of child-friendly policies ensuring holistic development and empowerment of children across the globe. 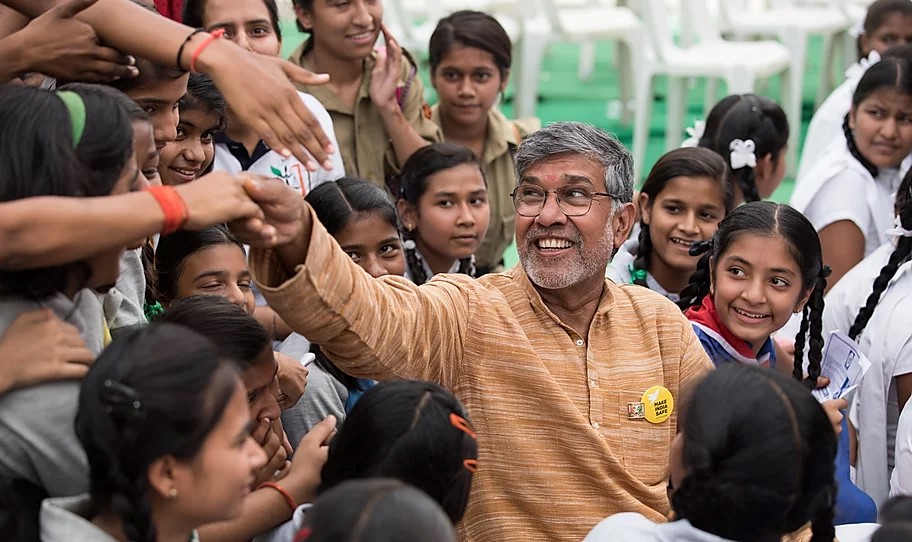 To achieve his vision of a world free of violence against children – where all children are free, safe, healthy and educated, he founded Kailash Satyarthi Children’s Foundation in 2004. The Foundation’s raison d’être is to advocate for creation and implementation of child-friendly policies ensuring holistic development and empowerment of children across the globe.

The life and work of Kailash Satyarthi has been the subject of a number of films, documentaries, television series, talk shows, advocacy and awareness films, magazines and news items of all leading print and electronic media worldwide. Mr. Satyarthi’s contribution has been recognized through several prestigious national and international awards. Some of these include: