A study by International Labour Organisation (ILO) shows there are an estimated 152 million children involved in labour across the world. Of these, 72 million are involved in hazardous work.

World Day Against Child Labour is observed on June 12 every year. This year, the unfortunate COVID-19 pandemic has gripped the world, claiming millions of lives and leaving millions other vulnerable. The economic uncertainty following this pandemic is likely to push many more children into forced labour, at the same time pushing the existing 152 million child labourers into even more difficult circumstances, and longer hours of work.

With this concern, the theme for World Day Against Child Labour 2020 has been set as, “COVID-19: Protect children now more than ever.” 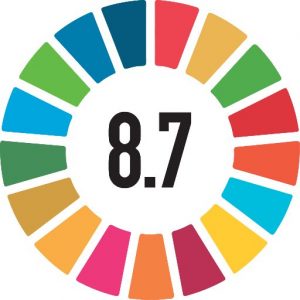 Adopted by all Member States of United Nations in 2015, the Sustainable Development Goals (SDGs) are a universal call to attain global peace and prosperity by 2030. The SDGs include attaining 17 integrated goals by all the countries – developing and developed – in the said time.

SDG 8.7 is a call to eradicate child labour globally by 2025.  It resolves to “take immediate and effective measures to eradicate forced labour, end modern slavery and human trafficking and secure the prohibition and elimination of the worst forms of child labour, including recruitment and use of child soldiers, and by 2025 end child labour in all its forms.”

The reality of child labour in India and world