Campaign on Wheels is the flagship campaign of the Division to combat violation of child rights with special focus on child trafficking and child labour by creating awareness among the citizens on these issues. Led by youth who had been withdrawn from child labour by the efforts of Mr. Satyarthi, the Mukti Caravan moves across the country, spreading awareness about the organised crime of child trafficking and other forms of exploitation of children through interactions, Nukkad Nataks, wall writings, pamphlet distribution and screening of audio visual material.

Child trafficking is rampant in India. 60% of the victims of human trafficking are children.

15 year old Kamla (name changed) was one such child. Hailing from Jharkhand, a trafficker lured her to Delhi and then sold her to a wealthy man who kept her as a domestic labour in his home. When Kamla dared to ask for her due wages, the man murdered her and then dismembered her body into 12 pieces which he threw into a drain.

Mukti Caravan aims to ensure that no child has to ever endure that violence that Kamla was forced to. 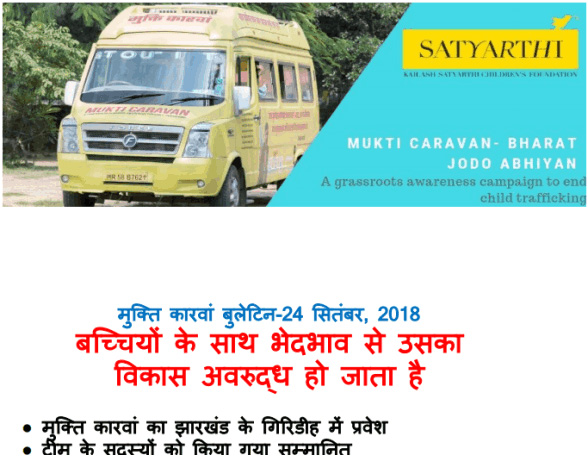 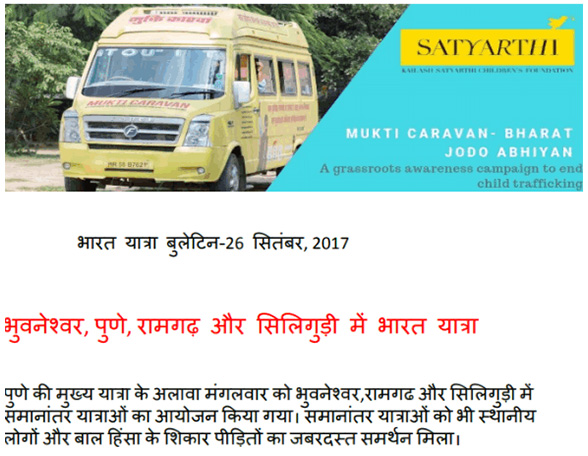 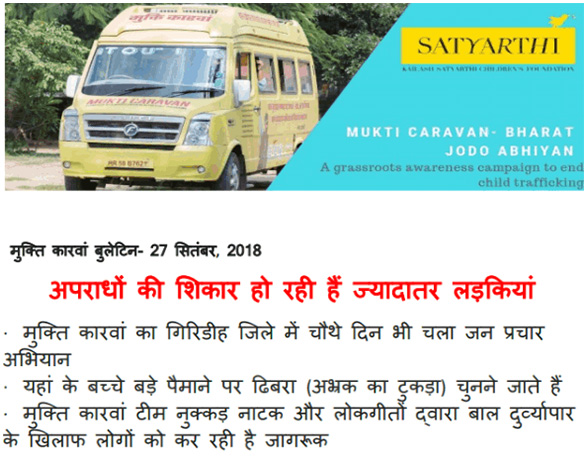 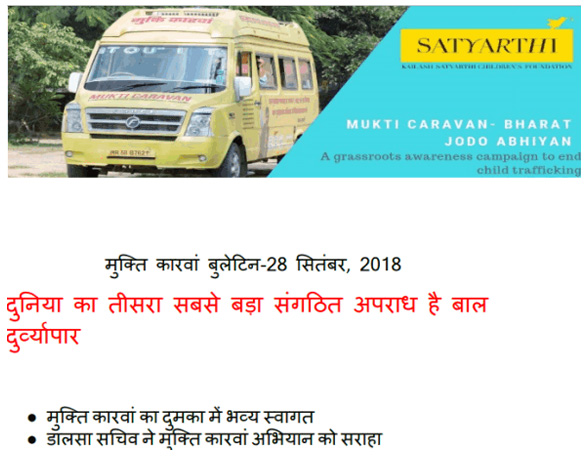 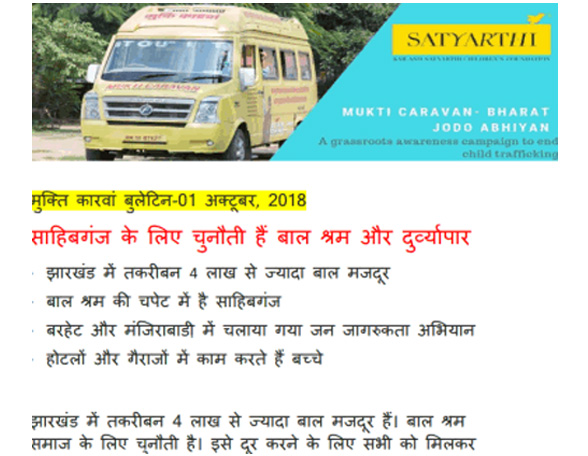 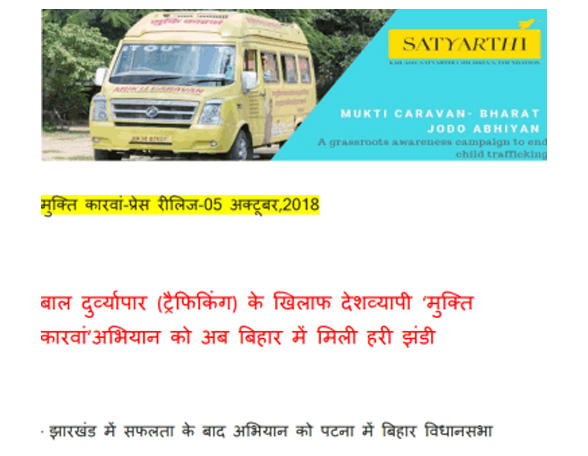