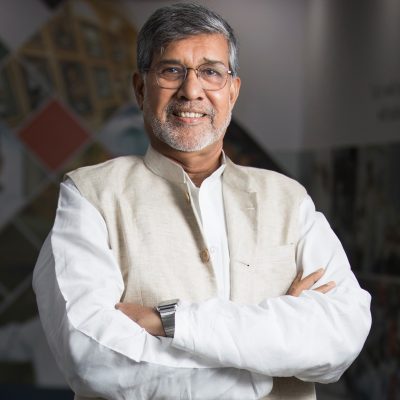 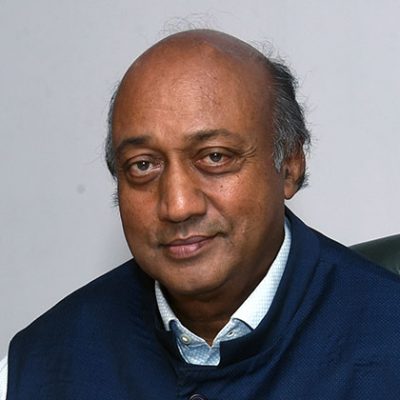 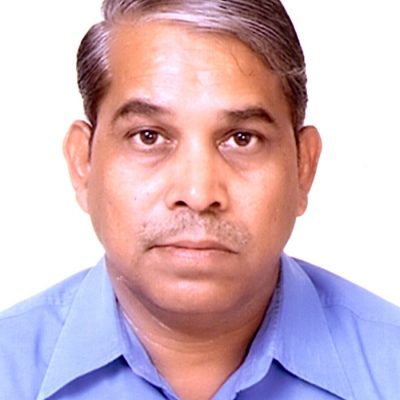 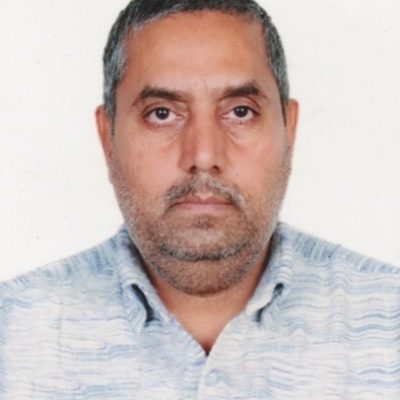 Mr. Madhur Bajaj is the Non-Executive Director of Bajaj Auto Ltd and the Chairman of Maharashtra Scooters Limited, besides being Director of Bajaj Electricals Limited, Bajaj Finance Limited and several other companies of the Bajaj Group. He is also the recipient of the ‘Vikas Rattan’ Award from the International Friendship Society of India, for enriching human life and outstanding achievements. Mr. Bajaj has more than 29 years of experience in a number of sectors including in the auto, consumer durables and financial services.

Mr. Raj Kumar Chandiwal is a Senior Advocate in High Court of Delhi and a keen supporter of children’s rights.

Mr. Om Prakash Shrivastava is a retired PSU Officer and an advocate against violence against children.

Mr. Gautam Arya is an educationist and a supporter of children’s development and protection of their rights. He is a founder of many schools in Uttar Pradesh and several coaching centres in Delhi.

Mr. Samir Mathur is a former IAS Officer and has served as the former Home Secretary and Additional Chief Secretary, Haryana. A human rights advocate, Mr. Mathur in his tenure took several steps to sensitize the Police and Prosecution Department personnel about the POSCO Act, gender issues, rights of SC/ST and modernized the Police force for effectively delivering protection and justice to citizens. He was also instrumental in operationalizing the State Human Rights Commission and the Police Complaints Authority.

Born in Allahabad Sh SC Sinha grew up in Lucknow.He has a post graduate degree in Physics. He joined the Indian Police Service in 1975. After serving the Indian Police with distinction in various capacities for more than 37 years he retired in 2013. Of these 37 years he has spent 16 years on deputation to well known Central Police Organizations viz CBI and NIA and has spent the remaining years in his cadre state Haryana. He has also been a part of the Public Sector Undertaking environment having served as the Chief Vigilance Officer of BHEL.After having served the Indian Police loyally and with distinction for more than 37 years Sh Sinha was appointed as a Member of the National Human Rights Commission (NHRC) for 5 years. Service in the Police and later with the NHRC has given him an unparalleled opportunity to serve the people of India and helped him develop a deep understanding of various social, economic and cultural issues our country is faced with.

Sh Sinha has headed the National Investigation Agency for more than three years in its formative years. Under his leadership NIA grew and developed into a world-class anti-terror investigation agency. It also became known for its fair and impartial investigations and for adherence to highest standards of ethics at all times. During his tenure with the NHRC he has done significant work on various social issues viz women and child rights, juvenile justice, rights of the disabled and the elderly, health, mental health right to food, social security for workers in the unorganised sector etc.

Sh Sinha has represented India in various international conferences both while in police and as a Member, NHRC. He is a recipient of the Indian Police Medal for Meritorious Service and the President’s Police Medal for Distinguished Service.

Sh Sinha has joined as CEO, KSCF in May 2019, prior to that he was heading BBA.

Mr. Yogesh Kumar Sharma, a Fellow Chartered Accountant (FCA) by profession and a child rights activist by heart, has been associated with the Satyarthi Movement for over 15 years.
After completing his post-graduation in commerce, he went on to pursue the course of a Chartered Accountant (CA) and holds more than 20 years of experience of working in various industries.
Mr. Sharma joined the organisation in 2004 and since then has been relentlessly contributing to the cause of child rights.

A law graduate from Allahabad University and Masters in Political Science, Mr. Senger started his career as a student leader and held the post of National General Secretary of Samajwadi Chhatra Parishad, which was headed by the Former Prime Minister, Late Shri Chandrashekhar.

In 1998, Mr. Senger took the position of National Campaign Coordinator at BBA and played an instrumental role in organising major campaigns, events and programmes including South Asian March against cross border child trafficking in 1996, launch of Mukti Caravan in 1997, Global March Against Child Labour in 1998, Shiksha Yatra (education march) in 2001 and South Asian March Against Child Trafficking in 2007, Assam March against Child Trafficking, and Bharat Yatra against Child Sexual Abuse in 2017.

2004 onwards, Mr. Senger also took over the work of raid and rescue operations being conducted by the Victim Assistance team of BBA and played an instrumental role in rescuing thousands of children form child labour over the years.

In 2016, he joined KSCF as director and currently holds the position of executive Director, Programmes.

Mr. Senger is also an expert trainer in the issues of child labour, child trafficking and child rights and has conducted numerous trainings workshops for various stakeholders including member of police department, judiciary, law enforcement agencies and others.

An engineer by education, entrepreneur by profession and an activist professional by heart, Dhawal Dalal studied Electronics & Communications at Delhi College of Engineering, and after 2 corporate engagements in 4 years, founded and ran a successful Public Limited company for a period of over 27 years. He then sold his business to answer the calling of his heart and joined hands with Nobel Peace Laureate Mr. Kailash Satyarthi to lend support for the fight against child exploitation. As Executive Director – Strategic Engagements, Dhawal is responsible for Resource Generation, Partnerships and Strategic Initiatives. He is most passionate about travelling and socializing.

Ms Jyoti Mathur is Executive Director – Training and Capacity Building in Kailash Satyarthi Children’s Foundation. She is an Economist and has completed her MPhil in Business Economics from Delhi University and has also taught for few years in the University. She has more than 25 years of experience of working with civil society and has worked in the field of rural development and child rights. She has written the Third UN Report on Convention on the Rights of the Child for Government of India and also represented the Government in its review by the UN Committee. She has supported the Government in drafting of the National Policy for Children, the Protection of Children from Sexual Offences Act, 2012 and the Juvenile Justice (Care and Protection of Children) Act, 2015.

Ms Mathur has worked with both international and national organisations in her career such as the Aga Khan Foundation, UNICEF, World Bank and New Concept Information Systems Pvt. Ltd.

In her current role with KSCF, she heads the Training Division and conducts training programmes on child protection issues for law enforcement agencies, NGOs, teachers and children in 20 states across the country.

Bidhan Chandra Singh, Executive Director of Kailash Satyarthi Children’s Foundation, has over 20 years of experience in the social and environment sector. He has experience in designing campaigns and strategic action in the area of climate change, child protection, Animal Rights, and Human Rights. He is a social scientist by training. He worked with Greenpeace for 16 years in national and international roles. He was instrumental in bringing the concept of Fail Forward in Greenpeace internationally and drafted the Accountability Framework for the organization. A Global Project Management Trainer, he has done training for organizations in 13 countries. He supported the Delhi government set up project management systems and processes for large and small projects. He was one of the lead coordinators of a countrywide campaign called Bharat Yatra of Satyarthi Movement in 2017 which has brought many policy-level changes in child protection in India.

He is currently heading the Campaigns Team, Kailash Satyarthi Children’s Foundation. His current work involved guiding Campaigns and Communication teams focused on local, national and global action for bringing sustainable changes in child protection. He is also one of the core team members of 100 Million for 100 Million Global Campaign.

His key interests lie in the area of community-centric campaign designing and planning. He is a trainer, moderator and facilitator. He loves singing. He can sing songs in 13 different languages

Mr. Om Prakash Pal is a Graduate from Allahabad University. An active member of the Student and Youth Movements at the national level, Mr. Om Prakash has been associated with the Satyarthi Movement for more than 10 years now. Within the Satyarthi movement, he has worked in various capacities under Campaigns, Communications and Programs teams.

Having joined Bachpan Bachao Andolan as a Receptionist in the year 1999, Ms. Shalini Khanna has been associated with the Satyarthi Movement for more than 20 years. Climbing the ladder of growth from a Receptionist to Director for Human Resources now, Shalini has had a long journey of challenges, learning and growth in different capacities, unleashing her fullest potential.

Sundar comes with over two decades of experience in the management and coordination of large and complex projects in the development sector particularly in the  Education and Livelihood domain including Information & Communication Technology for Development (ICT4D).

He has led large teams with a demonstrated track record of developing and scaling complex operational models, that has resulted in high impact outcomes with multiple state governments in India.

Before joining the Satyarthi Movement, he has worked with various government, private and international Organisations like American India Foundation, UNDP, Media Lab Asia and Reach to Teach Pvt Ltd. His last assignment was at the Software Freedom Law Centre, which works at the intersection of Technology, Policy and Law as its Executive Director.

Sundar holds a Masters in Electronic Science and MBA from Delhi University.