Bal Mitra Gram Film (BMG) Festival is an initiative to  spread awareness on child protection through most popular medium of information and entertainment, films.  The aim of the BMG Film Festival is  to reach maximum number of people through cinema and sensitise them about child rights issues and its solutions.

The Festival began on 10th December on the eve of International Human Rights Day and will continue till  11th January 2022, to mark the celebration of Surakhit Bachpan Diwas and the birthday of KSCF’s founder, Nobel Peace Laureate Kailash Satyarthi.

The Festival will cover two child rights centric films, Jhalki and The Price of Free were screened for the children and the villagers, to be organised in more than 600 villages from Bihar, Jharkhand, Rajasthan, Madhya Pradesh, Karnataka, and Utter Pradesh. In Jharkhand, the film festival opened from  Inter – College Domchanch in the Koderma district. Four shows were conducted and 885 people watched the films. 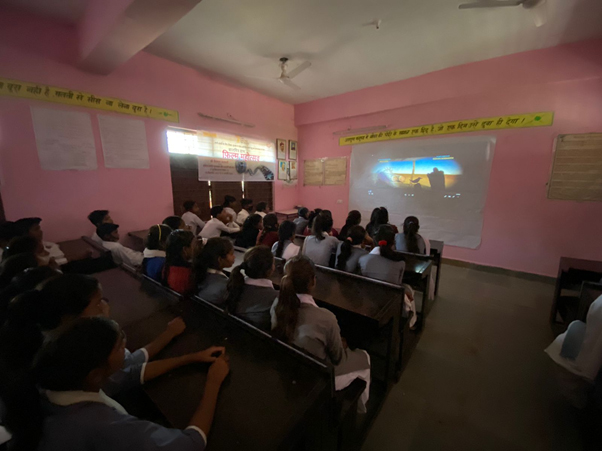