On 26 September 2021, children from Bal Mitra Gram in Mica Mining areas of Koderma and Giridih districts met with Mrs Annapurna Devi, State Education Minister, Government of India. The children especially from interior villages apprised the State Minister about the challenges faced by them on a day-to-day basis to attend schools.

The children shared that the interior forests and inaccessible terrains often force the girls to discontinue their education after middle school, as their parents fear their safety. Children have to travel through unguarded forest areas to reach the schools as public transport is scarce. More than 90% of the girls in these regions are forced to leave school before completing secondary education. The dropped out children are then forced into child marriages, child labour in mica mines, and often end as the victims of trafficking.

Close to 1368 children also drafted a set of suggestions on ensuring access to education, which were presented to the Minister.

The children during the discussions also advocated for the following solutions with the Minister: 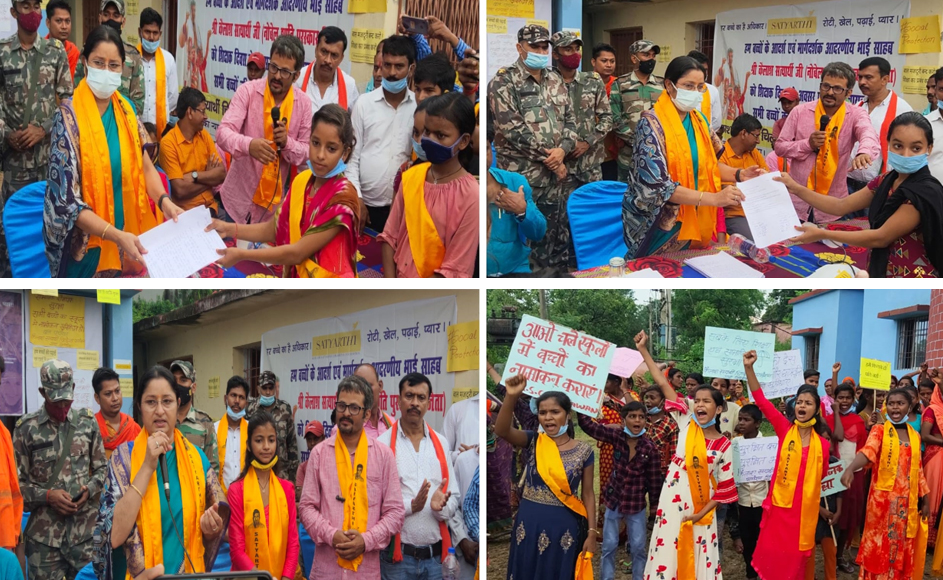