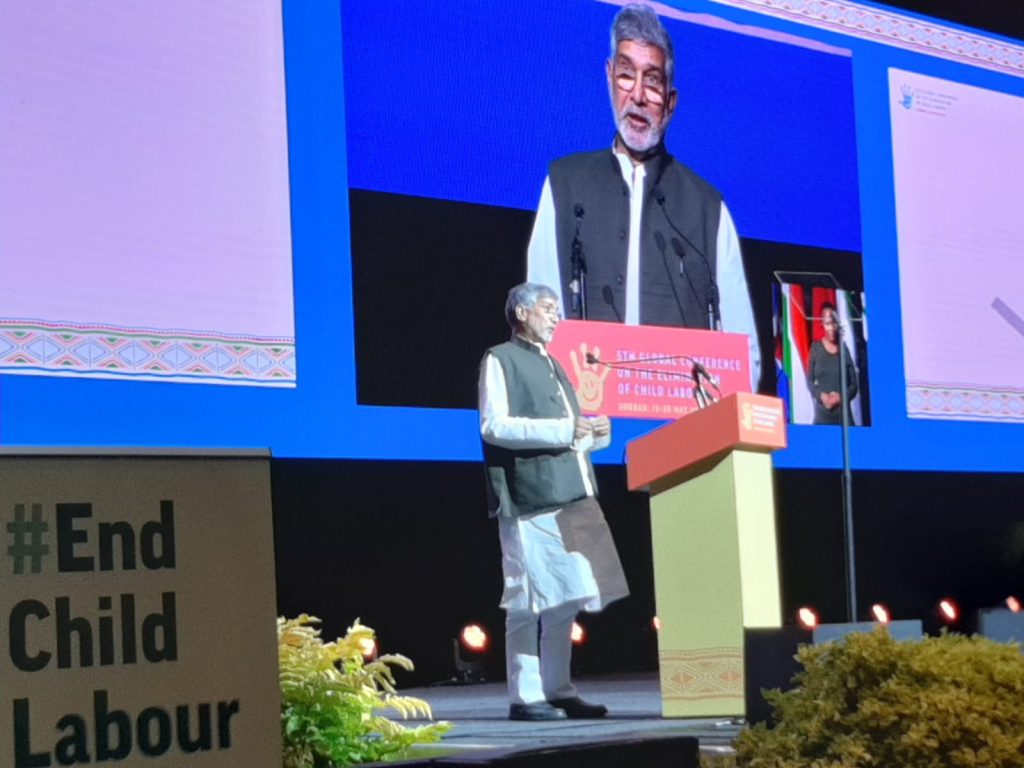 Nobel Laureate Kailash Satyarthi delivered the opening address at the 5th Global Conference On The Elimination Of Child Labour in Durban, South Africa.

“The discriminatory world order has pushed millions of children into darkness. I refuse to accept that the world is so poor that we cannot protect the children. Social Protection is the key,” Mr Satyrathi said during the conference.

The 5th Global Conference has come as an opportunity to assess the progress made towards achieving these goals and discuss good practices implemented by the different actors across the globe. The conference is also an opportunity to identify gaps and urgent measures needed to accelerate the elimination of both child labour and forced labour.