On the Eve of Daughter’s Day, Delhi Slum gets a Basket Ball Court

The children of an urban slum of Delhi, Indira Kalyan Vihar where Kailash Satyarthi Children’s Foundation started its Bal Mitra Mandal programme (Child –Friendly Council) to empower vulnerable children, were gifted with a basketball court by The American School and the Each One Teach One team.

While volunteering at Indira Kalyan Vihar Bal Mitra Mandal programme, the students of The American School were apprised of a lack of safe space to play by the slum children, and that they had to play on the road in between ongoing traffic. They informed the volunteers that despite writing to the local authorities, they did not get any allotted space for playing in their community.

This basketball court was inaugurated on 26 September 2021 by Mrs Sumedha Kailash, Founder of Bal Ashram, who highlighted that “Playing and developing the interest in sports are the most important part of having a happy childhood and I am very glad that the start of this aspect has been initiated in our Bal Mitra Mandal on the eve of daughter’s day. This is a true example of how children can support and offer help to empower other children. I thank The American school team and Each One, Teach One for this initiative.”

The Bal Mitra Mandal programme works to empower children so that they are aware of their rights and can advocate for the same. These children are also taught ways of problem-solving and awareness-raising on concerning issues in their community. Recently, the children of Bal Mitra Mandals carried out street plays for generating awareness on alcohol abuse, child sexual abuse, water conservation, keeping public toilets clean and hygienic and COVID-19 precautions within their communities and also wrote letters to the local authorities for solving the problems faced by them.

Inspired by the activism of children at the Bal Mitra Mandal programme, 16 years old Anika Somaia of The American School also started a bicycle collection drive from family, friends and neighbours for the children of the Bal Mitra Mandal. After collecting 24 bicycles, she got them tuned, repaired and painted fresh for them to be ready for use by the slum children. These bicycles now are housed with the Children’s Parliament for any child to use it. 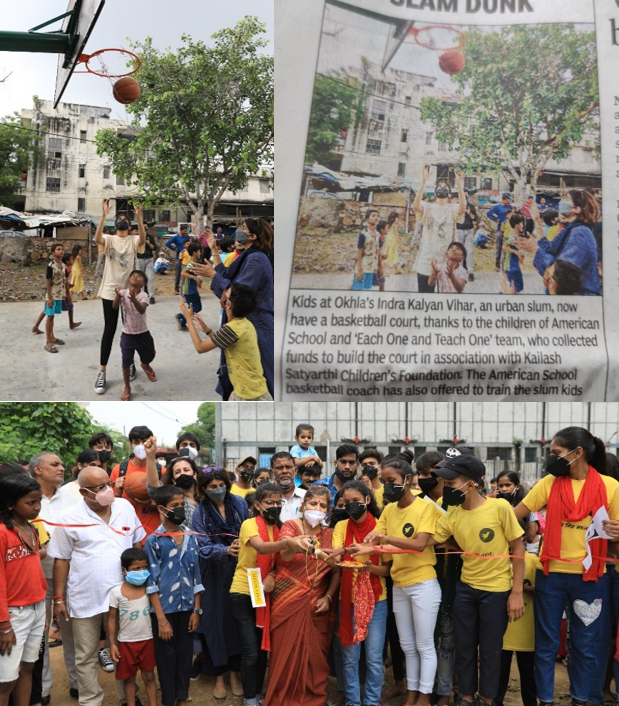