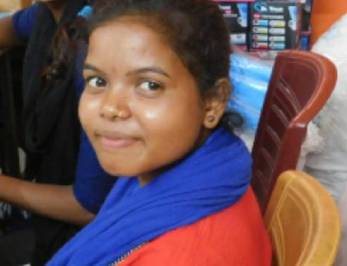 The promise of a better life for their little ones was like a dream come true for parents of five children from Beko village of Jharkhand’s Koderma district. Assured of education and a steady flow of income, they let a person from the village take their children to Odisha.

Tulsi Saw, the person who had reached out to the parents, took the children to Bhubaneswar in Odisha and handed them over to a hotel owner, and returned to his home in Domchanch. To foster greater trust with the parents of the children, he also handed over about Rs 500-1000 to each family and misled them saying that not only have the children been enrolled in school but also have secured a part time job. He assured them that the children were being taken care of well and there was nothing to worry. The families believed in him and were convinced that their children were safe and sound.

But the sense of relief was short-lived. When they managed to speak to the children over phone, reality dawned on them. They realized that they had been cheated and misled and that their children had been trafficked.

Crying inconsolably over phone, one of the children told his parents, “Please come and take us home, the hotel owner makes us do a lot of work. We keep working till 2 o’ clock in the night and if we refuse to work he abuses and beats us up. We are being kept in a small room and are even not allowed to come out of it.”

No sooner did this information reach Bal Panchayat member and resident of Kailash Satyarthi Children’s Foundation’s Sarlahva Bal Mitra Gram resident 17-year-old Priyanka Kumari through her sister-in-law from Beko, she reached out to KSCF activists.

The team managed to get hold of the trafficker who was warned of strict legal action. This led to the rescue of the five trafficked children. While two of them have been enrolled in school already, the process of getting the other three children admitted as well is presently underway.

Human trafficking has now emerged as a significant problem all over the world and is the third largest international criminal enterprise, generating an estimated $150 billion dollars annually (ILO, 2014). Almost one-third of human trafficking victims in the world are estimated to be children.

Since the first lockdown, the Satyarthi Movement has collaborated with law enforcement agencies and rescued nearly 9,000 children which has led to the arrest of 302 traffickers from trains, buses and factories from across the country. Children have thus become the biggest victims of the pandemic with trafficking of children increasing manifold.