Hailing from Bidisha District in Madhya Pradesh, Surjeet helped over 120 children in his village to get access to education and continue in school. 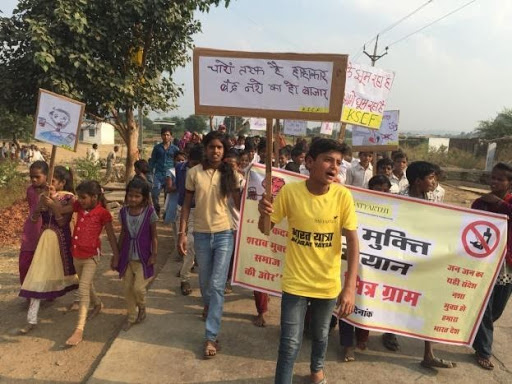 New Delhi: For his amazing efforts to bring about a positive change, 17-year-old Surjeet Lodhi has been conferred with the prestigious 2021 Diana Award in a virtual ceremony. His crusade against alcohol and spreading awareness for education has made him an inspiration for other children. The Diana Award is instituted in the memory of the late Princess of Wales. The award is conferred by the charity of the same name and has the support of the late princess’ two sons, the Duke of Cambridge and the Duke of Sussex.

Hailing from Bidisha District in Madhya Pradesh, Surjeet helped over 120 children in his village to get access to education and continue in school.  Secondly, the male population in the village spent their income on alcohol. They would abuse wives and children under alcohol’s influence. Surjeet with the support of gram panchayat’s (village council) led to the closure of five liquor shops in the villages. His own story was no different. He and his mother were regularly subjected to violence and abuse by his father.

With the support of the Bal Mitra Gram (BMG), a flagship programme of Kailash Satyarthi Children’s Foundation (KSCF) team and children’s councils, he organised an awareness and campaign in five villages and reached up to 410 people, including Village Council members. Inspired by his initiatives, children and women from Bhilay and Sahwa villages, joined hands with him, demanding financial assistance for children’s education and household needs instead of alcohol. They approached the Village council and District administration to close down the liquor shops in the villages. After two years of continuous follow-up, five liquor shops were shut down in 2019. The village communities now keep a vigil on the male community members’ alcohol consumption and the violence upon the women and children.

During the lockdown period from March 2020 initiatives were taken by Surjeet, youth groups, and Children Council to prevent the spread of the COVID-19 pandemic in the village. His team ensured villagers get access to food, adherence to government protocols, and children’s protection, and also promoting the COVID 19 vaccination drive in his village. The relentless efforts helped ensure no cases of child trafficking/child labour.

Congratulating Surjeet Lodhi, P Nagasayee Malathy who is Executive Director (Programmes), Bal Mitra Gram, a KSCF department of which Surjeet was earlier a part, said, “We are proud of Surjeet who has taken such a strong step against domestic violence perpetuated on his mother by his father under the influence of alcohol. He has taken up great initiatives such as promoting education among former child labourers. He is a role model for many children in our BMGs where each child is a strong leader and is empowered to assert their rights and fight for their village development alongside adults”.

BMG is a grassroots initiative that promotes child-centric village development in which empowerment of children are the key. It aims to build safety nets around children by providing access to quality education to ensure that children are not employed, married or exploited, by empowering parents and communities so they could stand up for their children’s rights and by engendering a protective community in which all stakeholders work together to ensure children’s safety and freedom.

With the KSCF team’s support, he gained the confidence to speak in public, talk to the leaders and influencers with convictions, and influence women and children asking them to come forward and spearhead the movement. He set a personal example by succeeding his father stop alcohol consumption. This has helped him to garner support in his endeavor.  Surjeet visits different villages to lead anti-alcohol campaigns.

Surjeet is the third child leader from BMG who won this award for consecutively three years.